Back in March, we in the UK had the fantastic opportunity to witness a solar eclipse.  It was a chance that was far too good to miss, so earlier in the year, I booked the day off in advanced, hoped for good weather, and committed myself to travelling to a location around the country where the forecast was most promising.
I needn't have worried.  The weather was perfect, and I set up for observing not too far away from Hay on Wye with my observing mate, Jim.  Back then, I didn't appreciate that later the same year, we in the UK would have the chance to view another eclipse  This time, a full lunar eclipse.
This time, no need for booking time off work, just the case of being happy to get up in the early hours, and also, once again, hoping for good observing weather.  Once again, the weather was perfect for observing here.  Still, and clear.  For once, I wasn't concerned too much about errant light around the garden given the target for the session.
The lunar eclipse happens when the Earth comes directly in between the Sun and the Moon.  The Earths shadow is then cast fully on the surface of the Moon.  As a side effect of the Earth having an atmosphere, light from the Sun is diffracted as it passes the Earth, and has the effect of casting a red light on the surface of the moon.
I set the alarm for 02.00 BST and when it went off, took my DSLR and eyepiece case outside.  I set up the SkyWatcher 150p on the tripod and performed a quick collimation check.  This, incidentally, is the same scope I used to observe and photograph the total Solar Eclipse back in March.  By this point, the shadow of the Earth had just started eating into the edge of the nights full moon.  Orion was climbing into the sky, and the constellation of Taurus was starting to put in an appearance.
One disadvantage of this setup is that when my DSLR is attached to the scope, I don't have enough inward travel on the focuser to bring the image into prime focus.  The means I need to introduce a x2 barlow lens into the focuser, and then connect my camera to that.  This is the only way that I can achieve focus with the kit that I have.  It gives very good results, but what it does mean is that the target (in this case the Moon) is too big to fit in a single frame.
Should I be able to fit the whole Moon into the one frame, I would have liked to put together a progression of the eclipse as it occurred, but I just needed to do what I could.  This is one sequence I have put together.... 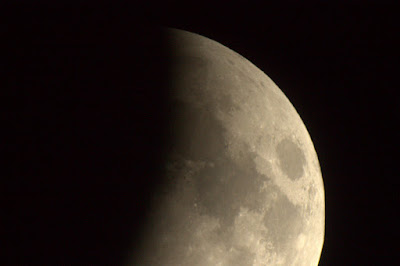 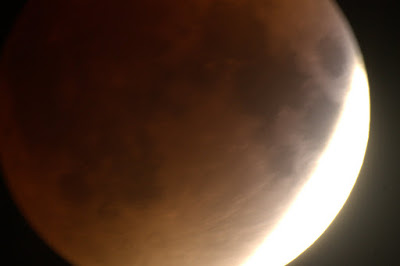 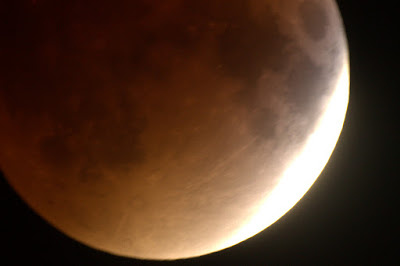 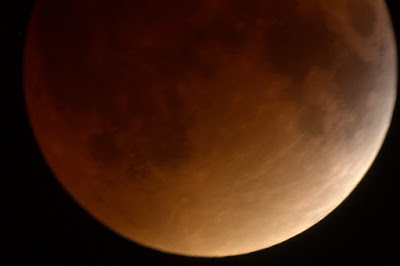 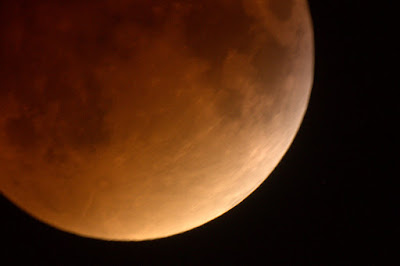 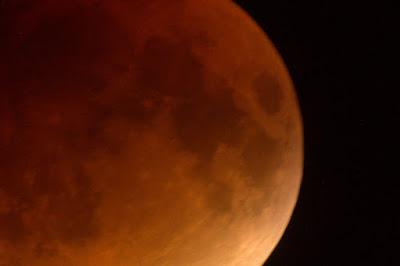 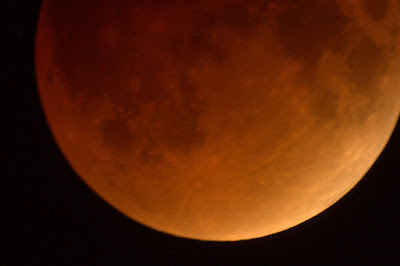 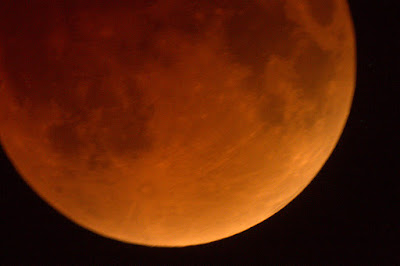 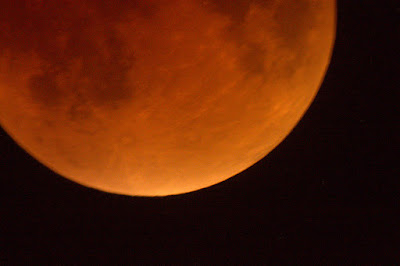 I finished up the session around 4.00am because I needed to be up at 6.30am for work.  A long day lay ahead!  The next time we will be able to witness a lunar eclipse will be in 2033.  I shall look forward to it, and hopefully have the ability to improve on the photographs.  We've had an incredible amount of luck for these two events.  Both have been stunningly clear conditions and well worth making the extra effort.  Both events have caught the public's imagination this year and it was great to hear so many others taking an interest on what was happening.
Thanks for reading.