From the last 3 or 4 nights, I would say that all of them could have been to be observable nights at one point or other.  Alas, due to work commitments, I haven't been able to observe on any of them.  Not to worry though, the coming weekend looks goo, so with clear skies forecast, and the moon showing very little, I'm looking forward to a good weekend.  This good spell of conditions should coincide quite nicely with passing of come E2/Jacques with Cassiopeia.  I look forward to it as the comet is putting on a reasonable display and is easily observable in scopes of the size that I own.
Though there has been plenty of work for me in the evenings and nights so far this week, I did manage to get outside with the DSLR last night and take a few frames before some high level cloud rolled in.  These are experimental photos and have had minimal processing.  Hopefully on the weekend, I will have the chance to try out some prime focus photography.  I will post the results if and when I manage to get them.
There are two photos worthy of posting from last night. The first was taken with the comet being the objective.  It's just a bit dimmer than naked eye for me, but with its current position near Cassiopeia
, it was going to easy to locate.  To help with it's identification, I have circled it in red. 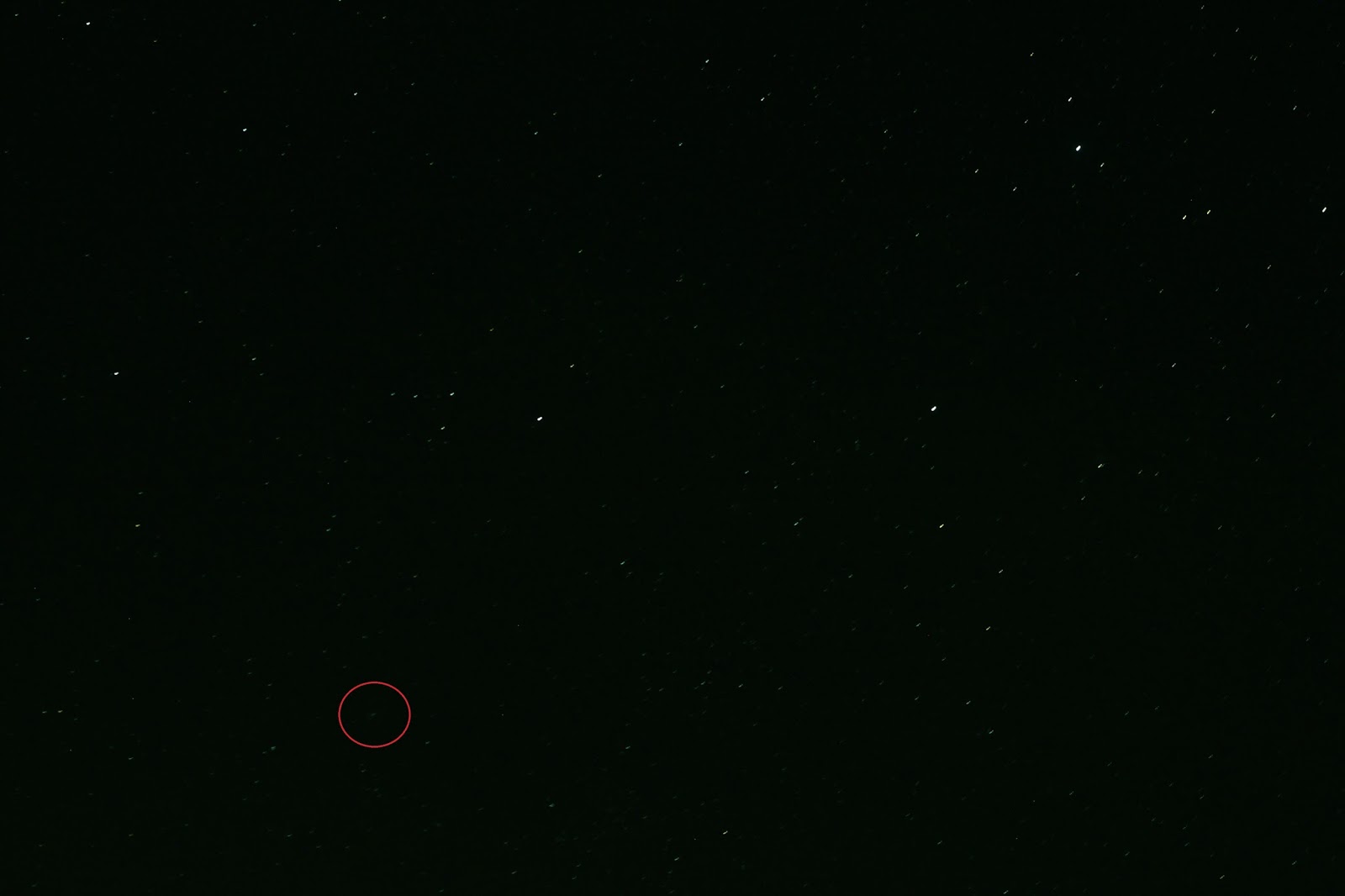 It's quite tricky to pick out on a picture this size - but trust me, it is there!
With my attention on the Cassiopeia constellation, I though I would take a wider field show to capture the constellation as a whole.  When I reviewed the photos afterwards, as well as the constellation, I also managed two globular clusters in the same vicinity.  After some research with my new copy of The Cambridge Star atlas (birthday pressie from the Jefferies household) I was able to identify them as NGC 869 and NGC 884.  Though in the vicinity of Cassiopeia, they are actually cataloged as being in Perseus.  Both of them are approximately 4.4 in magnitude. 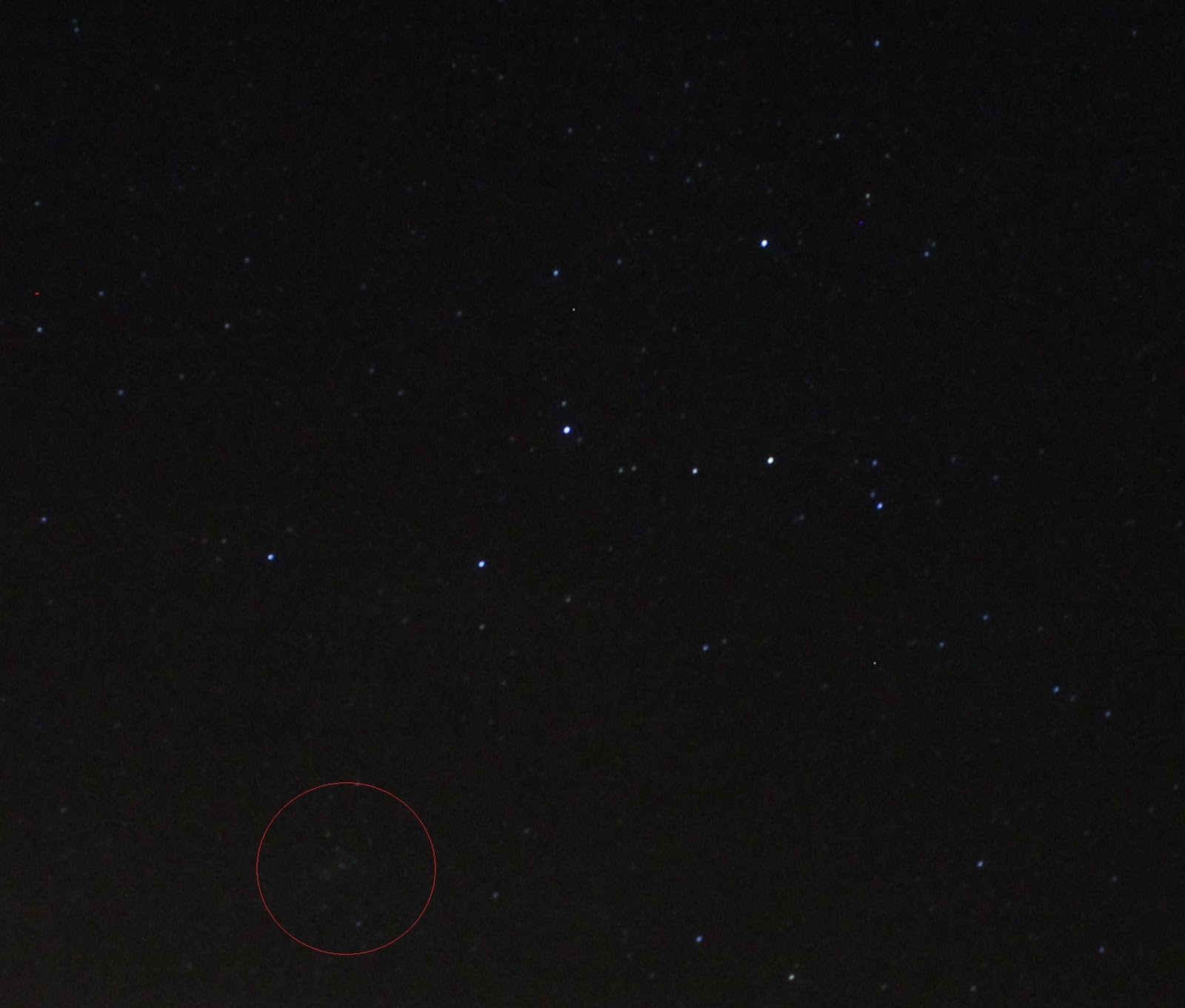