What a year it's been so far.  Very little astronomy, but lots of everything else.  In astronomy circles, there is a belief that whenever you buy a piece of astronomy equipment, you pay the price by having to deal with nights and nights of cloudy weather, before at last, the sky clears and allows you to use the new toy.
Since moving house earlier in the year, the imaging rig hasn't been out the box.  In fact, when I recently powered up the mount for the first time, the date I last used it appeared on the handset.  February 2019!  But now, it's time to unveil the result of the grand plan.
I spent August bank holiday doing a lot of digging and mixing.

Then I spent many more weeks waiting....
Then a bit of time on holiday....

Finally, earlier this week, it arrived.  All on the back of one big trailer.  If simply buying a new filter, or new camera, or even a new scope results in days or weeks of crappy weather, then I can understand why the weather in our corner of Herefordshire has seen the worst flooding for over 20 years and a forecast with no sign of a clear sky for at least the next 2 weeks, after the arrival of the new purchase.

So, yes, blame me!  It's all my fault.  But I'll take the weather hit because the benefits of having this are going to be huge.  I've got lots of ideas on how I want it set up, and I've already made a start getting some basic lighting in and will soon be setting up my tripod, mount and scope which will help be gauge the next part of the project, a custom pier. 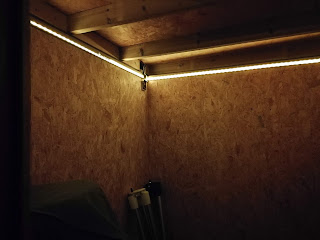 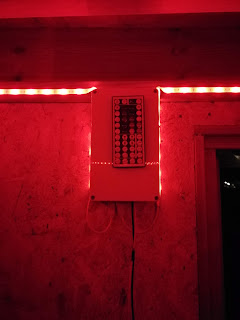 I'll post more developments as it all comes together, but I'm really excited to get all this up and running.  It's going to help me so much and in the long run will mean I can get out imaging more and more.
Until next time, thanks for reading!