Good evening to you!
A new day and a new upgrade to the SBT.  Back when I ordered the SBT originally, I also included a SkyWatcher Dual Speed focuser for it too.  At that point in time, I was advised of a lead time before it would be available, which I was happy to accept.  Fast forward several weeks, and this week I have taken delivery of the focuser.  It’s arrived well packaged in foam and comes with the 2 inch and 1.25 inch eyepiece adapters that all SkyWatcher focusers seem to require to accept an eyepiece.  My first impressions were that it was a solidly built component, although the plastic focuser knobs each side of the unit doesn’t scream absolute quality.  But, at the end of the day, it was cheaper than other dual speed focusers out there and so, long as it performs well and doesn’t break easily, I’m happy. 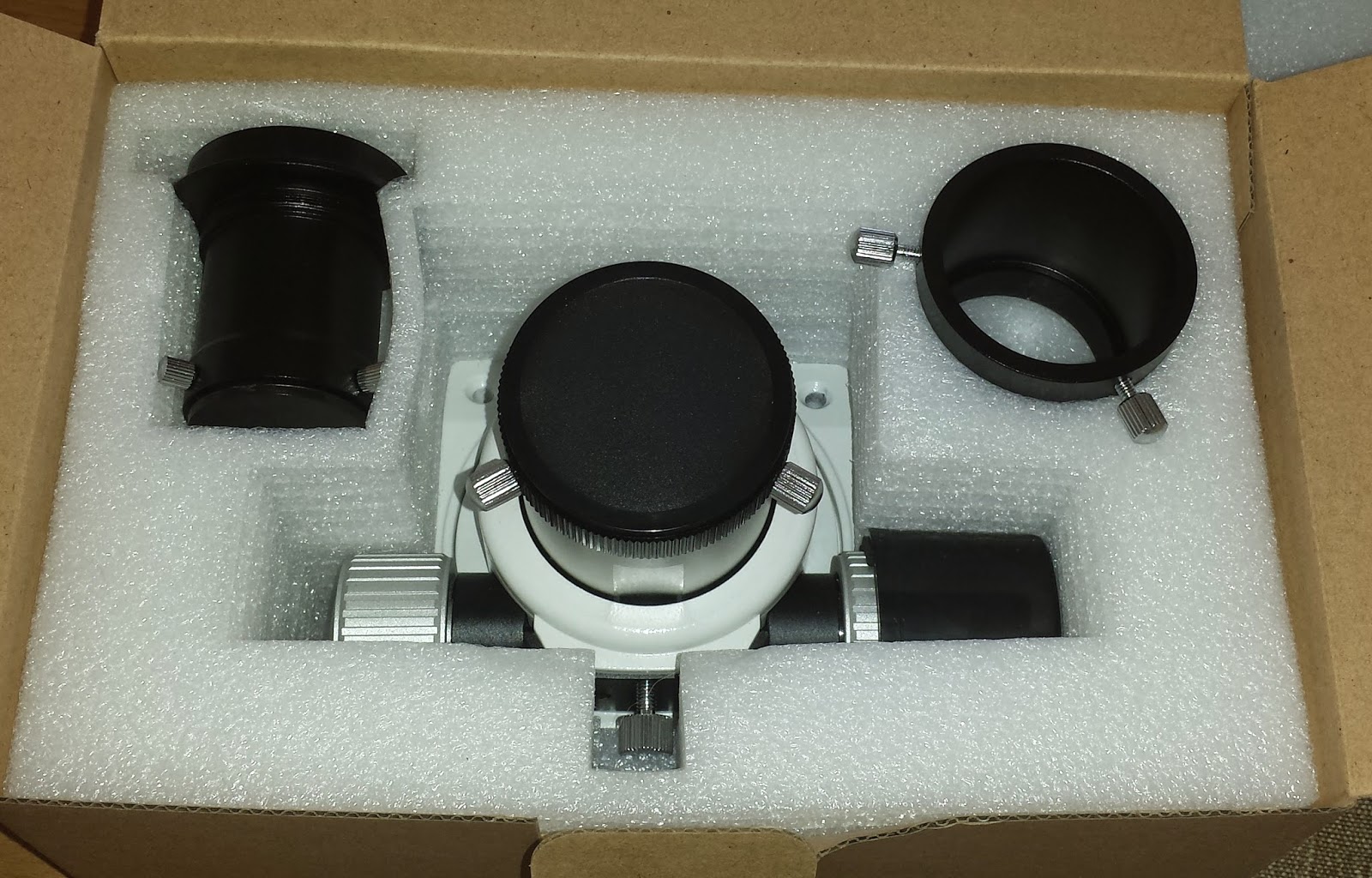 The action of the focus wheel seems very smooth, if a little bit stiff to start off with.  However, the micros focuser knob positioned on the right side of the unit is much easier and very smooth.  So far so good. 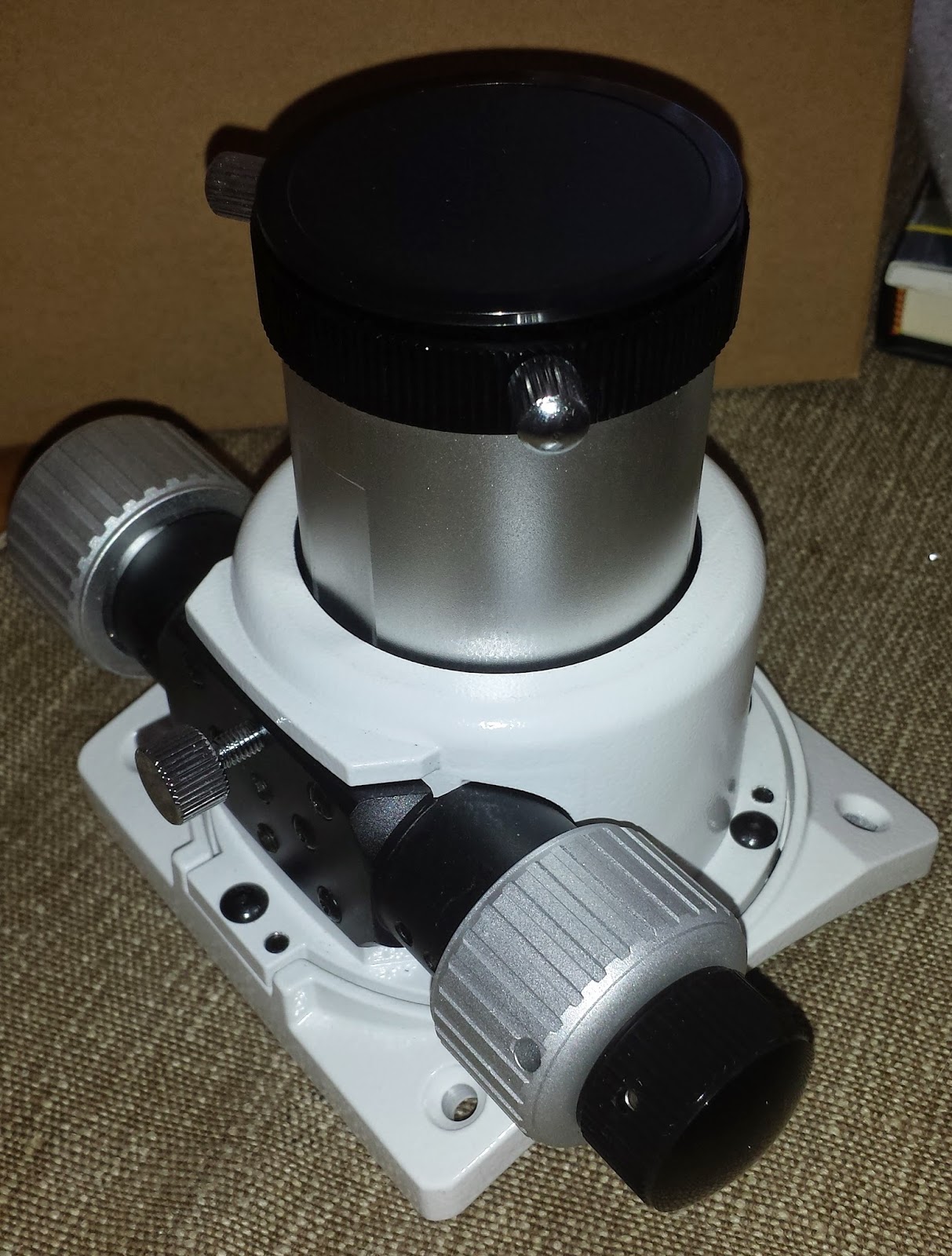 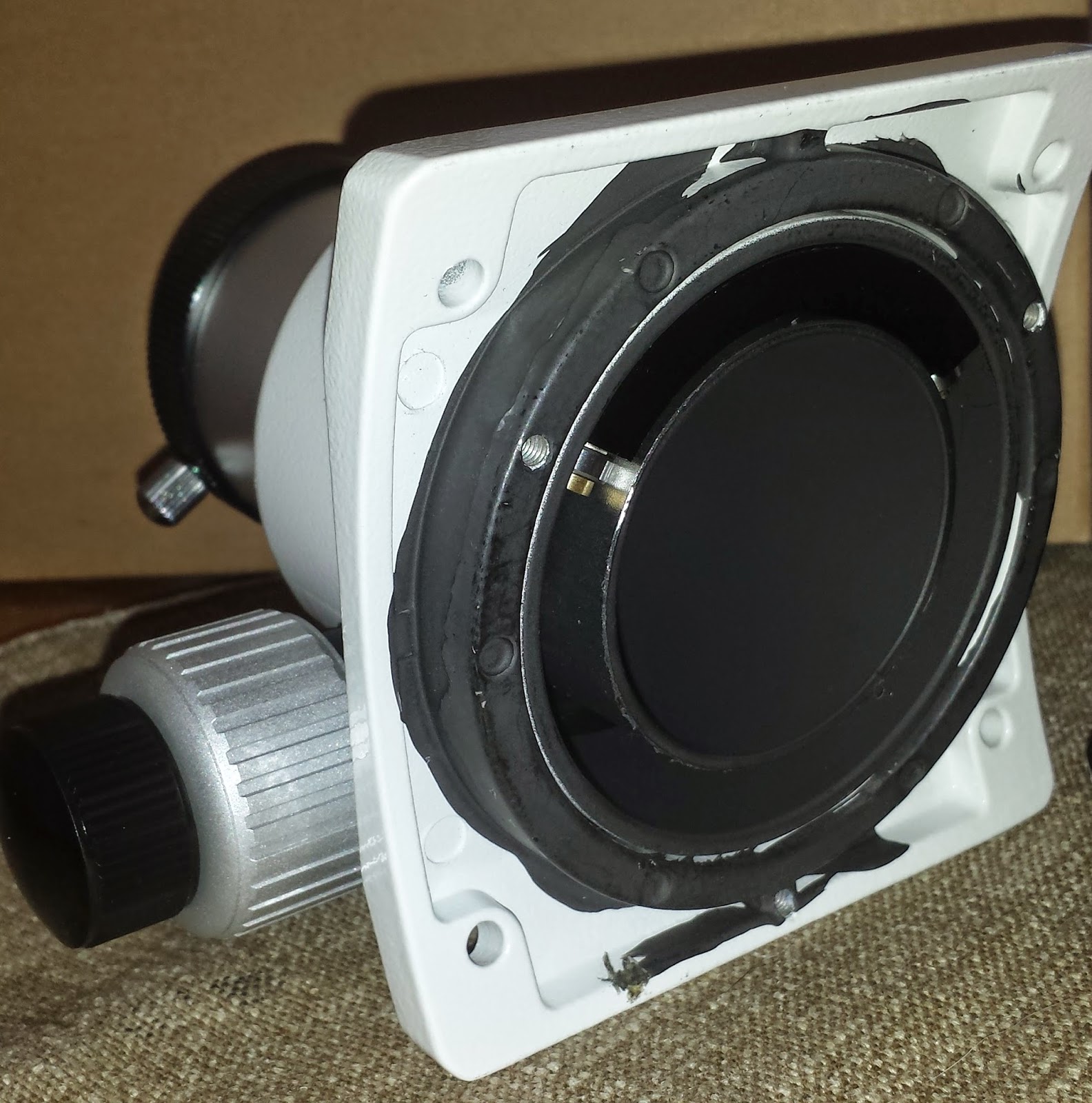 This is the focuser that the SBT has come with.  Itself perfectly adequate for the job.   It’s almost identical to the one on the 150p as well, so is ideal for the job it does. 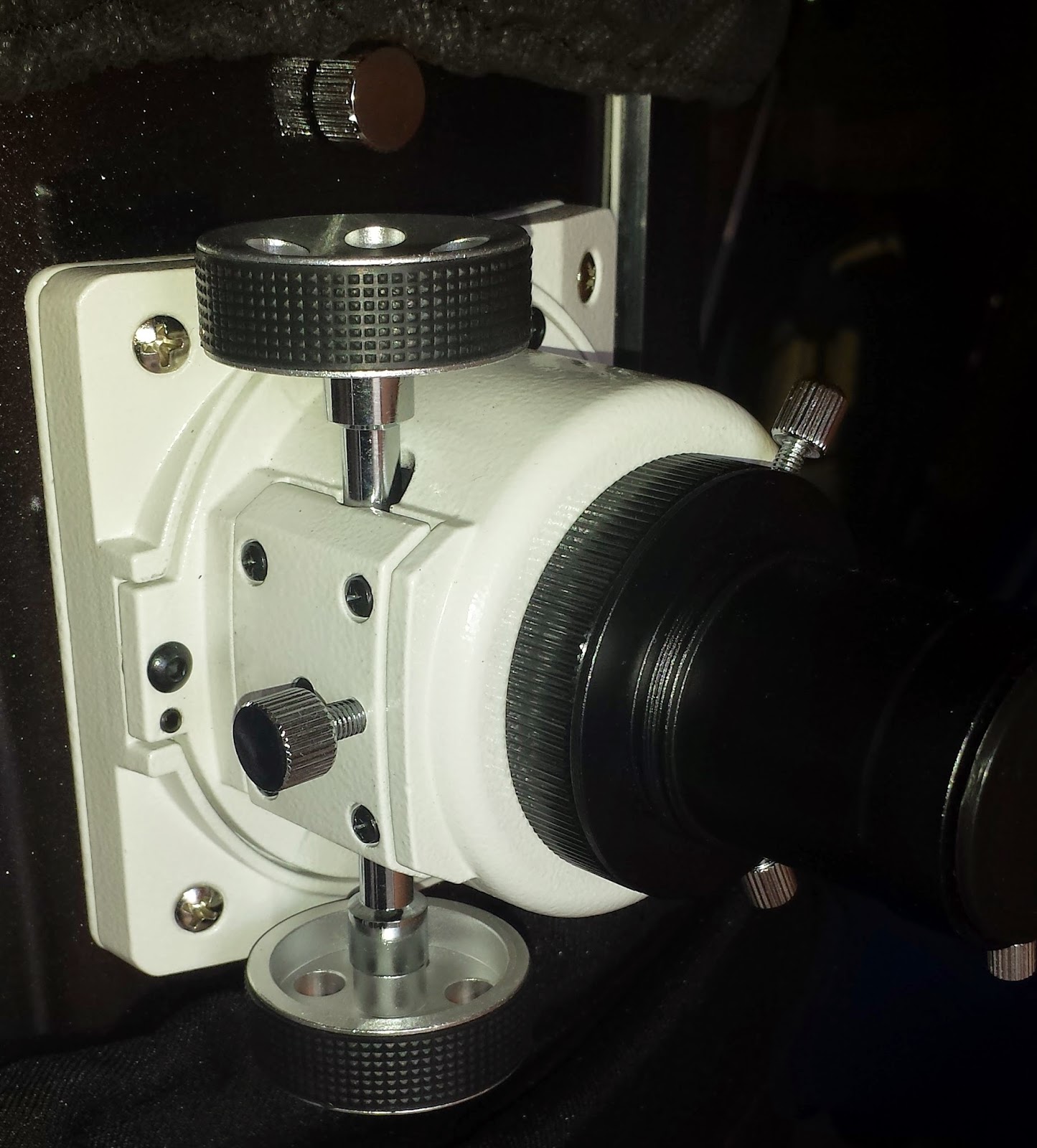 The focuser is held into place on the side of the secondary section of the OTA by 4 bolts with small nuts on the inside of the tube.  To get to them, I extended the OTA of the scope to its full length and then brought the scope down to near horizontal.  This meant that when I started removing the short bolts, if I were to drop something, then nothing of importance was in danger of being hit by falling parts. 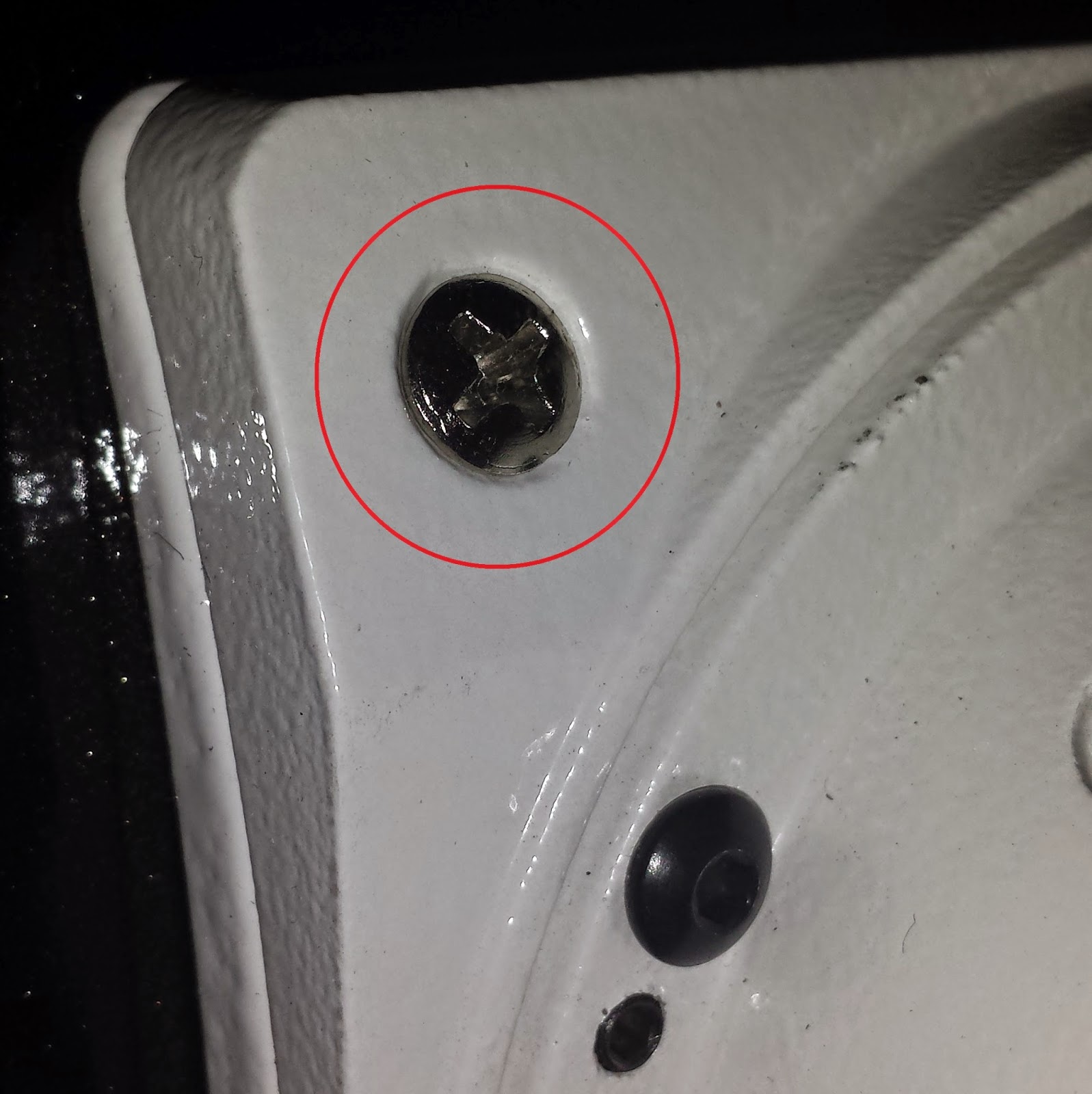 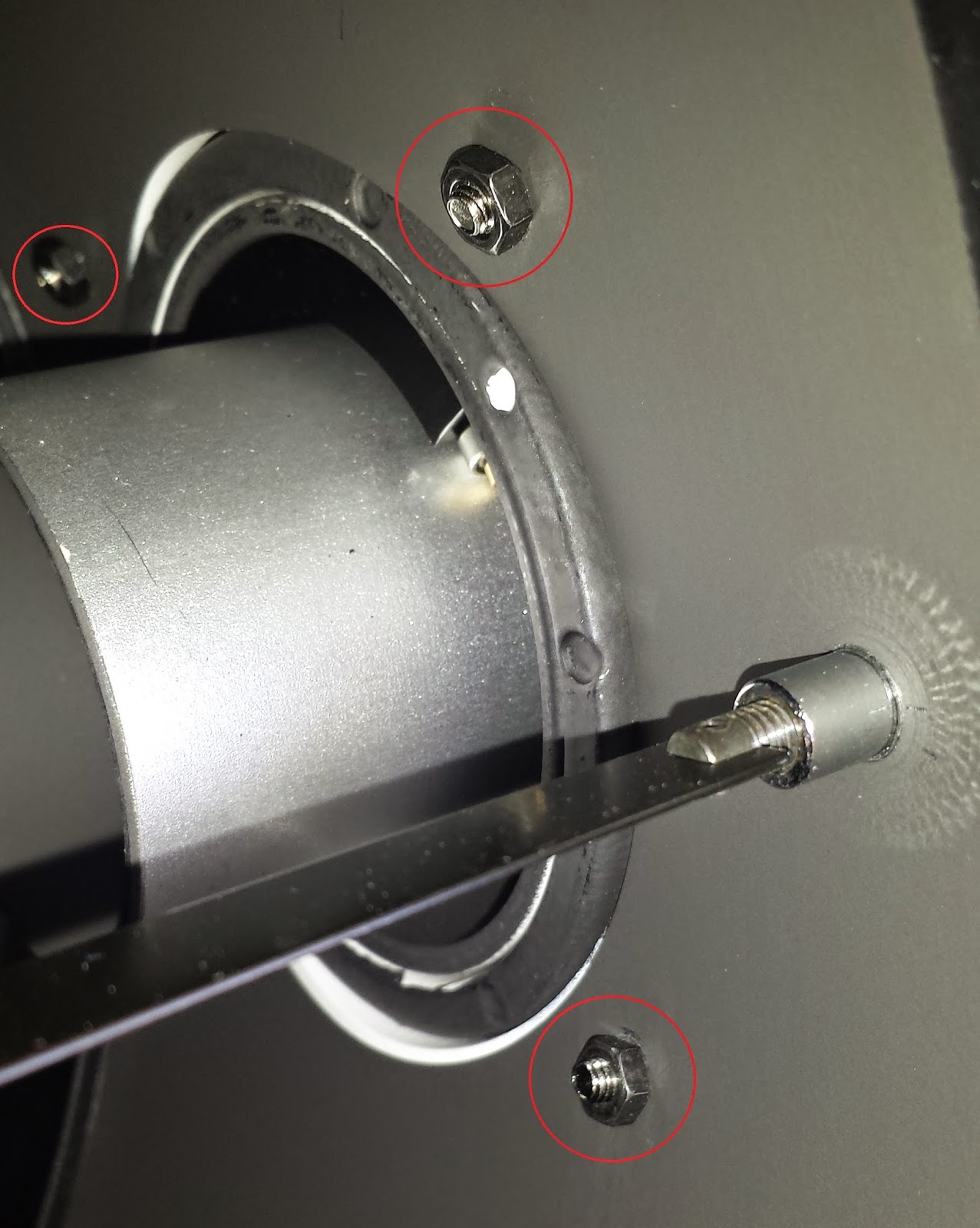 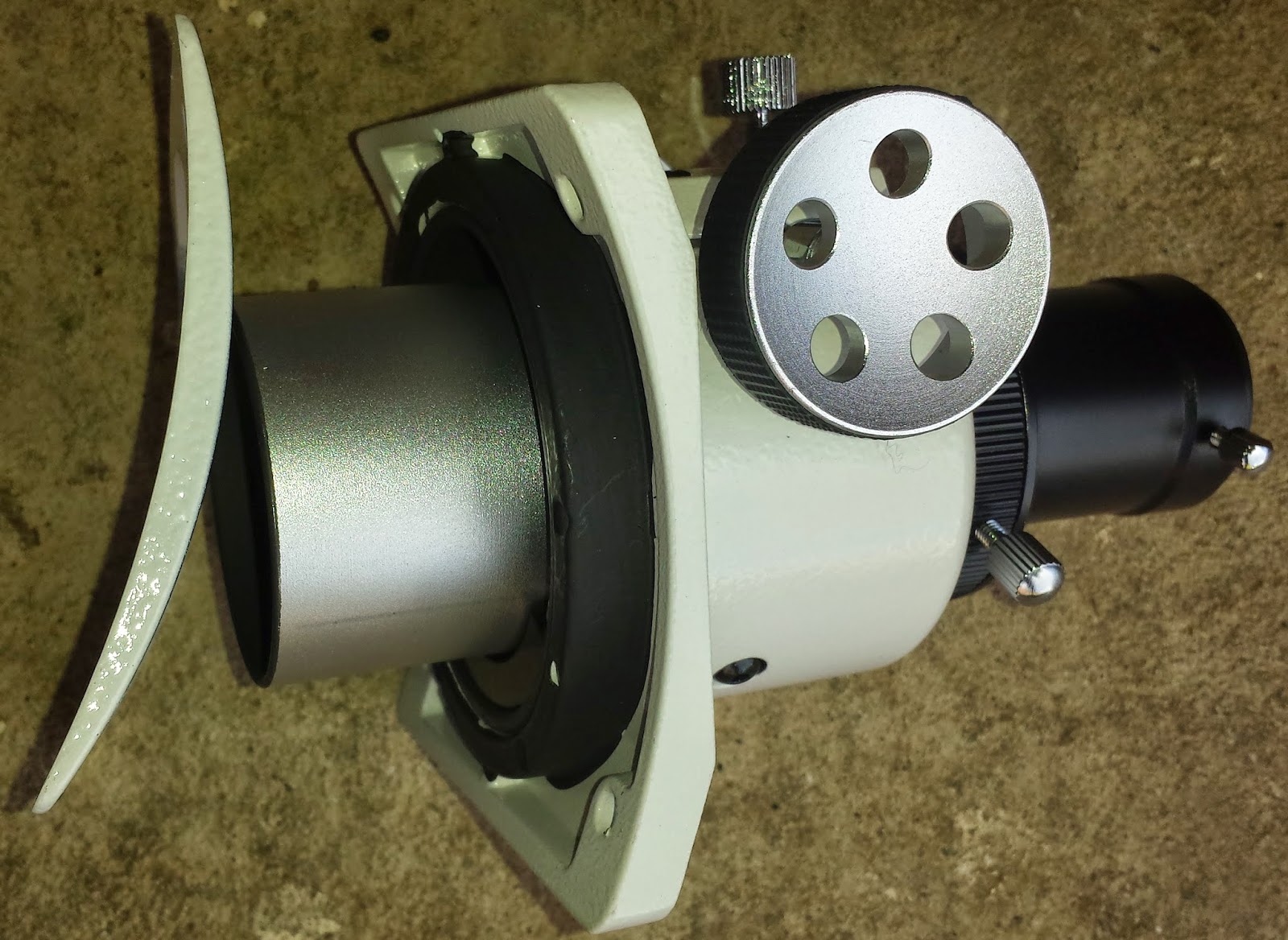 It fits next to the focuser base and as is shown in the following picture.

Once the 4 nuts and bolts are removed, I was left with the predrilled focuser hole in the side of the tube, and the 4 predrilled bolt holes. 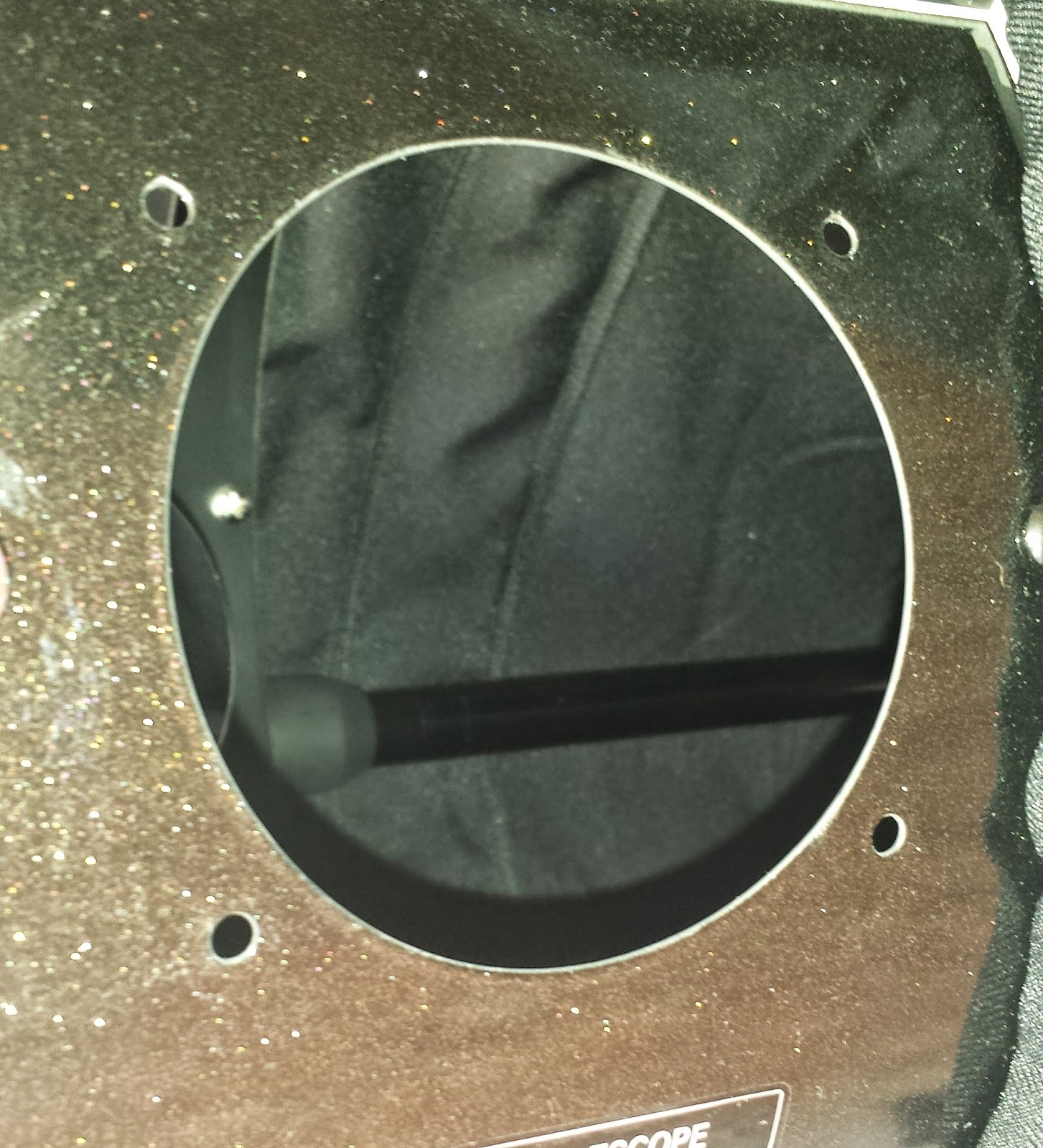 Then, it’s just a question of putting the new focuser in place, complete with the plastic adapter plate, onto the side of the OTA.  The original 4 nuts and bolts were used to attached the new focuser into place. 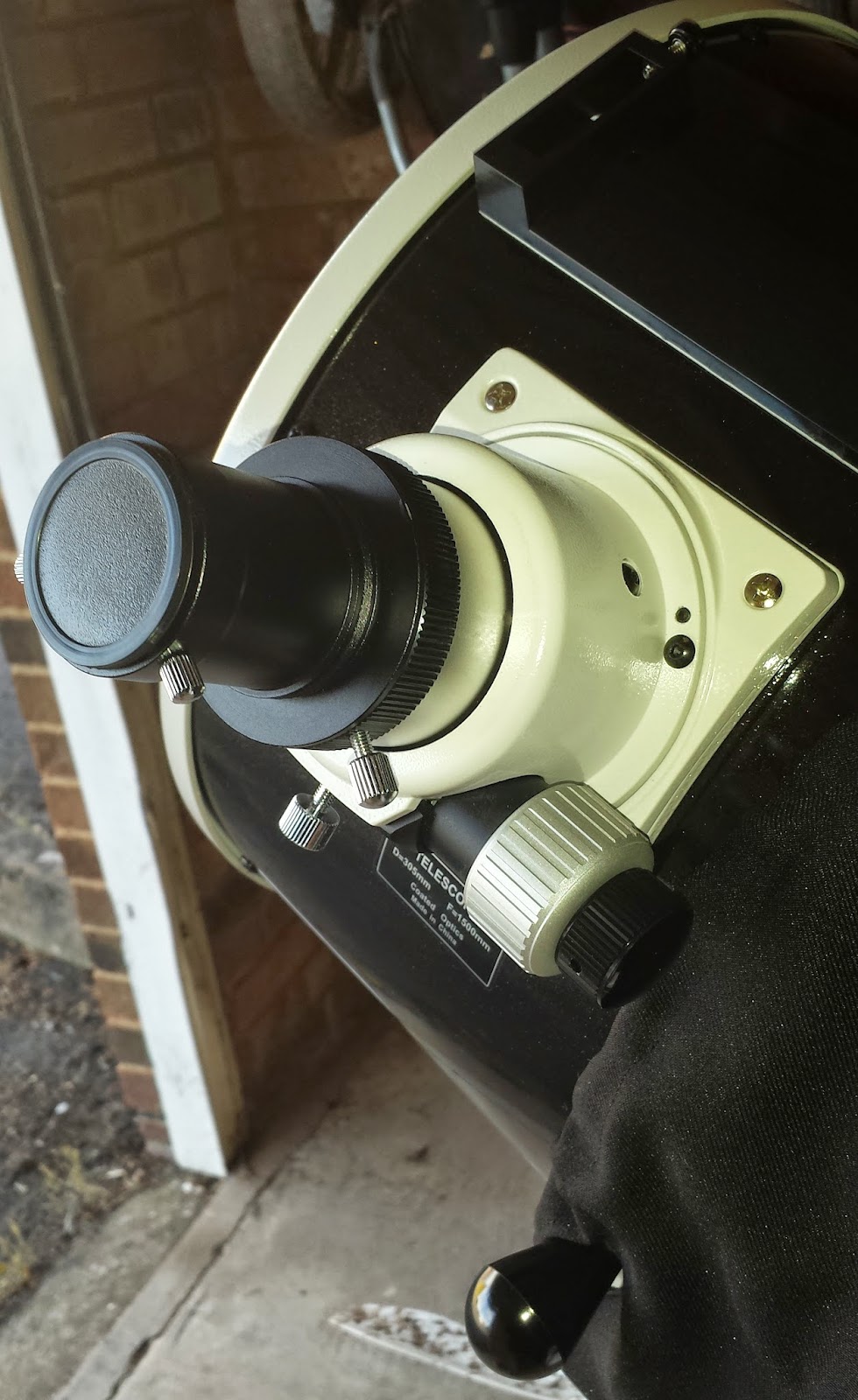 This is quite an easy upgrade to make to the scope.  It’s just a straight forward swap out.  I’m not sure how focusers by different manufacturers will fit, or if they need additional holes to be drilled to accommodate a different size base plate.
Now all I need to do is get out for first light with it!